On the eve of Independence Day, a solemn event “Tauelsizdik - tugyrym” was held at the University "Turan-Astana", dedicated to the 30th anniversary of the Independence of the Republic of Kazakhstan.
News

On the eve of Independence Day, a solemn event “Tauelsizdik - tugyrym” was held at the University "Turan-Astana", dedicated to the 30th anniversary of the Independence of the Republic of Kazakhstan.

The solemn event consisted of two parts: an official and a festive concert.

The official part was opened by the rector of the University "Turan-Astana",  the professor and deputy of of the capital's maslikhat Ghapzova Gulzhamal Alkenovna. In her speech, Gulzhamal Alkenovna spoke about the main stages in the development of independent Kazakhstan and the country's achievements over 30 years and congratulated the staff and students on the upcoming holiday, noting that every teacher and employee of the university, through their work and responsible attitude to their duties, makes a huge contribution to the development of our young state! 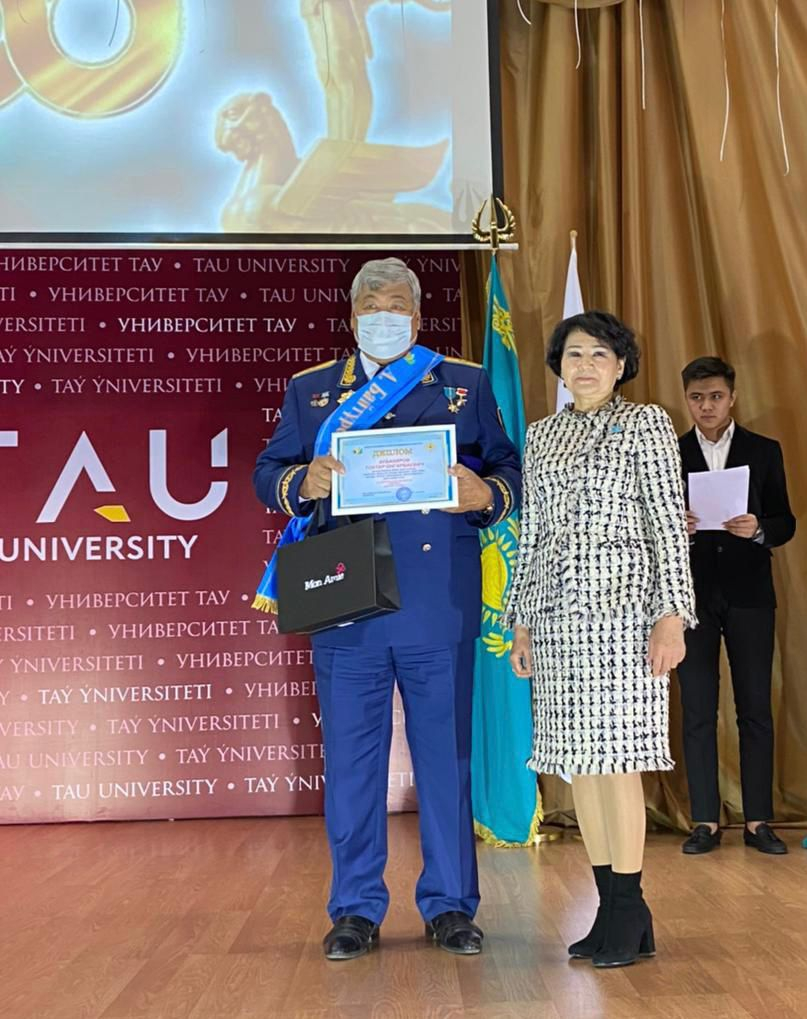 The culmination of the event was the award ceremony. By the decision of the Association of Higher Education Institutions of Kazakhstan, the Order named after Akhmet Baitursynov was awarded to the hero of the Soviet Union, "Khalyk Kaharmany", the first Kazakh astronaut, doctor of engineering sciences, professor at the University "Turan-Astana", Academician of the National Academy of Sciences of the Republic of Kazakhstan, Tokhtar Ongarbayevich Aubakirov, Gold Medal named after Akhmet Baitursynov was awarded to professor  of the Department “Finance, Accounting and Auditing" Yesimkhanova Zeinegul Klyshbekovna, silver medal - PhD in Economics, Associate Professor of the Department "Social, Humanitarian and Language Disciplines" Schneider Vladimir Alexandrovich, and Zantikeev Serik Kyrykbaevich, the professor of the Department “Pedagogy and Psychology”, was awarded the honorary title of “"The best researcher in the field of higher professional education".

On this day, a number of teachers and employees of the university were awarded with diplomas, letters of thanks, cash prizes and valuable gifts for their contribution to the development of the university. 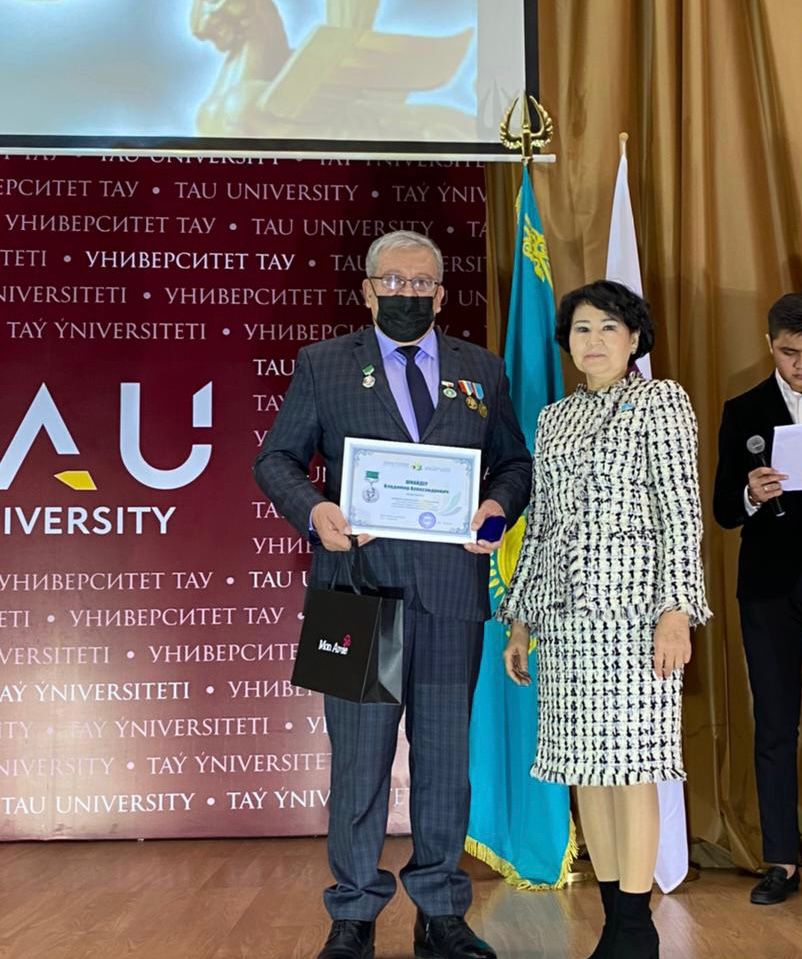 Valuable gifts were awarded to the best students at our university, such as a friendly team of IT students. The guys have just returned from Almaty, where they took part in the "ETU Robocon" robotics republic championship between the universities of the Republic of Kazakhstan and entered the top 5 best teams in the country

4th place - Pavlodar State University named after S. Toraigyrov, Pavlodar and the Military Engineering Institute of Radio Electronics and Communications of the Ministry of Defense of the Republic of Kazakhstan, Almaty,

The results of the “Student of the Year 2021” university-level competition were summarized. All competitors are ambitious, talented and creative. And after announcing the nominees for the various fields and handing out valuable gifts, it was an exciting moment to announce the winner of the competition, who was  the 2nd year student specialty "Jurisprudence" Abdi Sherkhan. The rector of the University, Gulzhamal Alkenovna, presented the winner with a certificate from the holder of the University’s free education scholarship. Congratulations!

The solemn event continued with a festive concert by the creative teams of the Turan-Astana University. 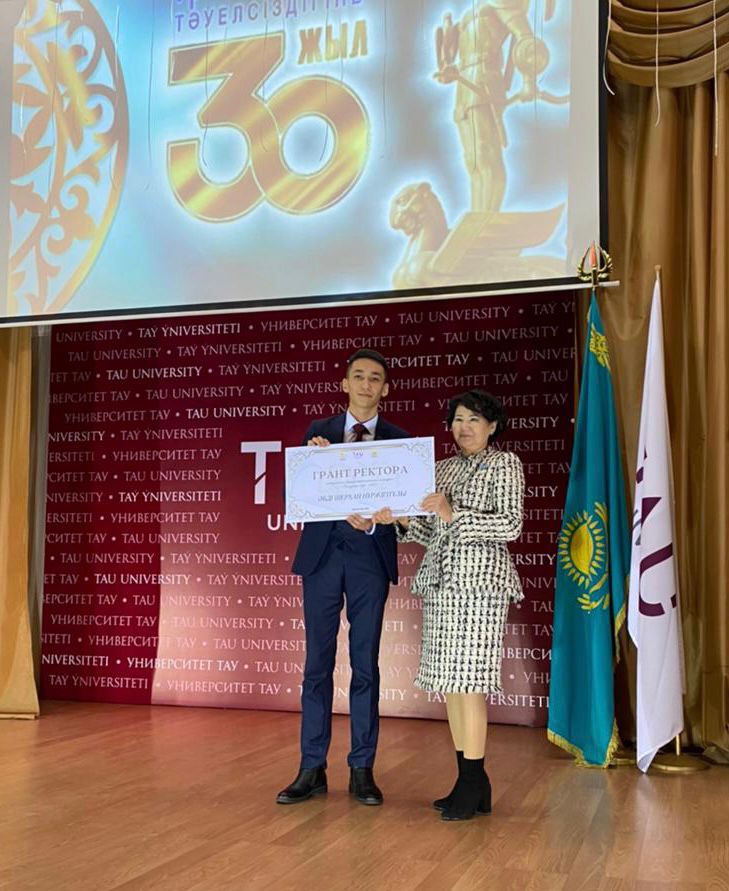 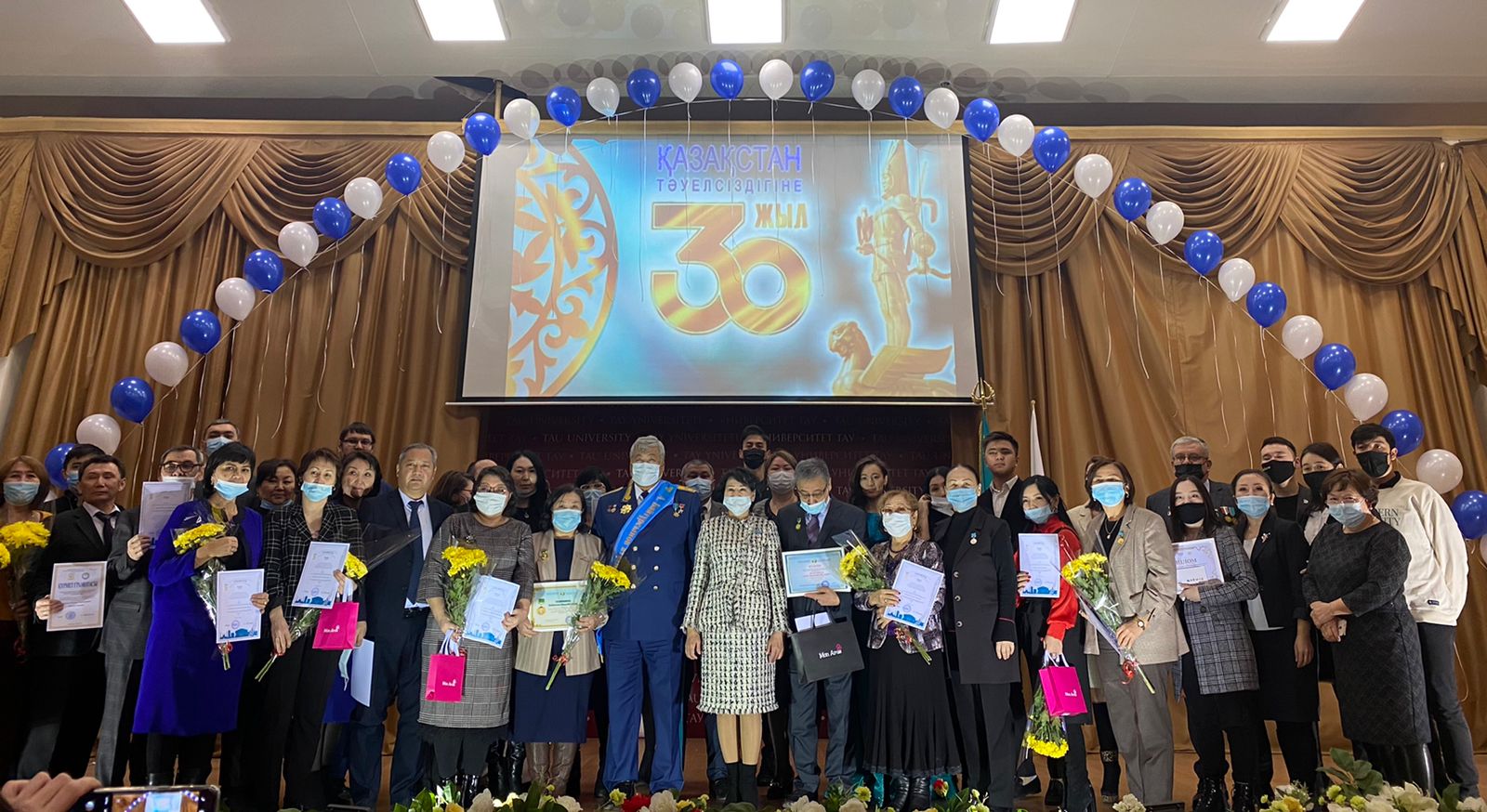