On September 16, 2020, TAU University hosted the first day of the week dedicated to the celebration of the "Day of languages", organized by 2nd-year students of  "Kazakh language and literature" educational program. According to the plan of events for the week, the group of KJAL 19-1 discussed the "Trilingual policy of the Republic of Kazakhstan: prospects and some problems" and shared their thoughts on the advantages of learning Russian and English in addition to their native language. The event was opened by the Vice-rector for social and youth policy S. E. Nurpeisov. Associate professors of "Social-humanitarian and language of the discipline" T.Abzhakov, Iskakova Zh., senior lecturer.S. Rustamova have also drawn attention to the importance of the occasion. 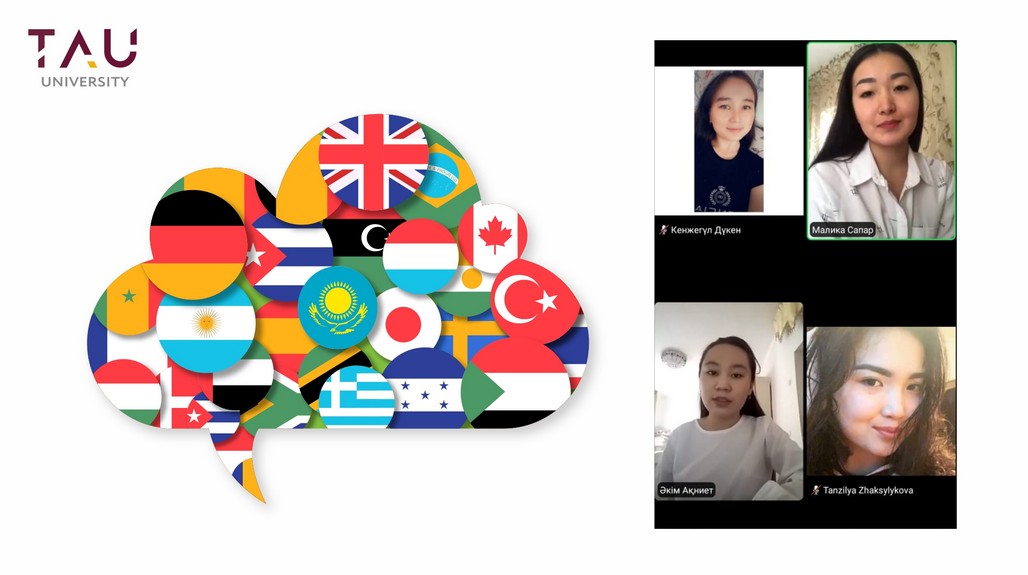 The festival of languages continued its activities with the "Kazakh language is the pillar of the state", organized by Professor J. E. by Kusembaeva together with students of "Translation studies-18-1". Students made scientific reports on world languages, exchanged views and took part in live discussions. Poems by many poets and writers about the world's languages were read and beautiful songs were performed. The presenters presented information about polyglot scientists and other interesting facts about languages in the history of mankind.

September 18, as part of the "Week of languages", Senior Lecturers of the Social Sciences, Humanities, and Languages Department Zh.B.Tolegenova and A.R.Omirzakova held an event in ZOOM "Each language has its own peculiarities". The purpose: to foster students ' respect for languages; the formation of a tolerant personality.

At this event, students of the group PD-20-1/2, US PD-20-1 made a video in three languages. Students of the PD-20-1/1 group showed the features of 13 different foreign languages, and also dedicated their video to the 175th anniversary of Abay. The event was attended by 1st year students of the faculty. We Express our gratitude to the participants of the event. 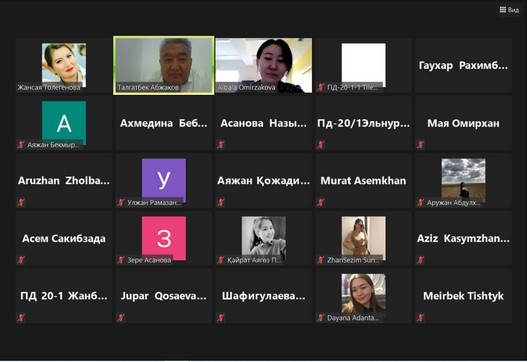 On September 22, S.S. Askarova, professor of Humanities and law faculty of TAU conducted an online poetry contest "Ana tilim" with 1 year students of  "Kazakh language and literature" program , devoted to Day of languages of people of Kazakhstan. In order to create a sense of respect for the native language among young people, 1st-year students listened to poems on the topic of languages. The competition was attended by: Abylkayrov Aidar took 1st place, Rakhmatullayeva Nursaule 2nd place, Kazyken Tolkyn 3rd place and was awarded a special diploma.