Pak E. was awarded the 3rd degree laureate diploma in the nomination "Starosta of the Year" 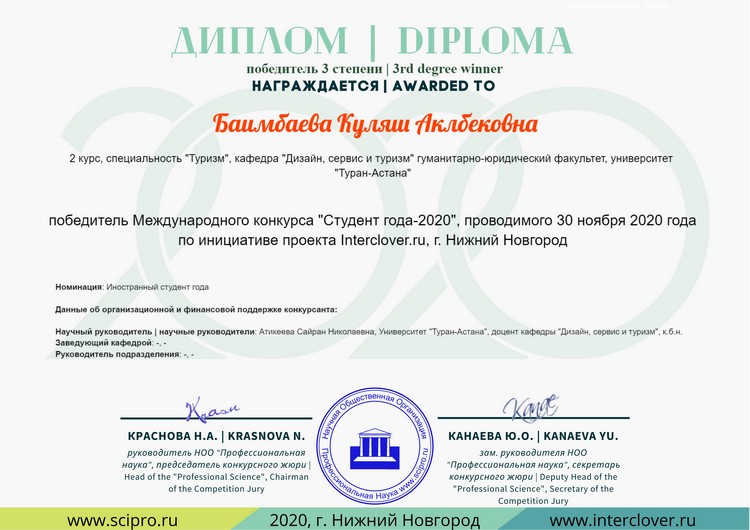 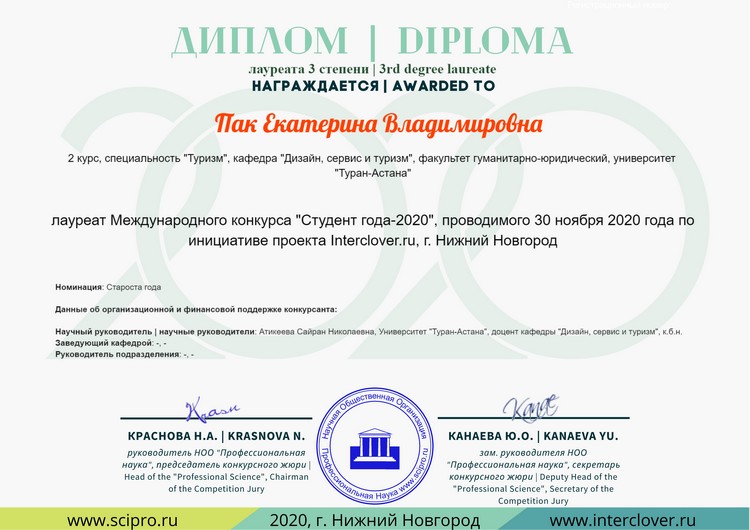 From 5 to 27 February 2021 at the Karaganda State University named after academician E.A. Buketov, together with the Institute for Digital Economy Research, the III International Remote Competition of Scientific Works "Sustainable Tourism Development" was held.

2 teams participated from our university:

According to the results of the jury, in the individual standings, the II degree diploma was awarded to Temirlan Saduev, who played as part of the "Aura" team.

Congratulations to the winner and wish all the participants continued success! 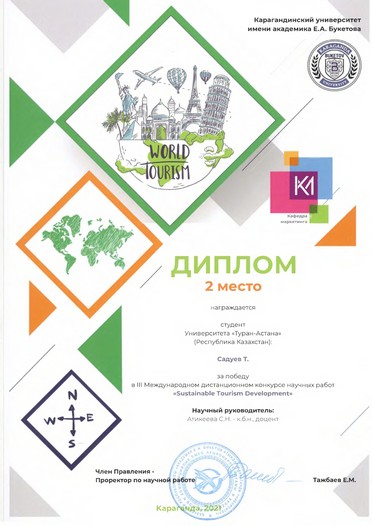 Congratulations to Mukhamedzhan Sauletkhan, 1st year student of Turan-Astana University, specialty "Design" with an invitation to the VII International Subject Olympiad for Schoolchildren and Students in Fine Arts and Drawing.Scientific adviser: teacher of the department "Design, service and tourism" Makhmetova D.O.

Organizer of the International Olympiad: Public Foundation: "INTERNATIONAL ACADEMY OF SCIENCES OF ECOLOGY, ENGINEERING AND PEDAGOGY". 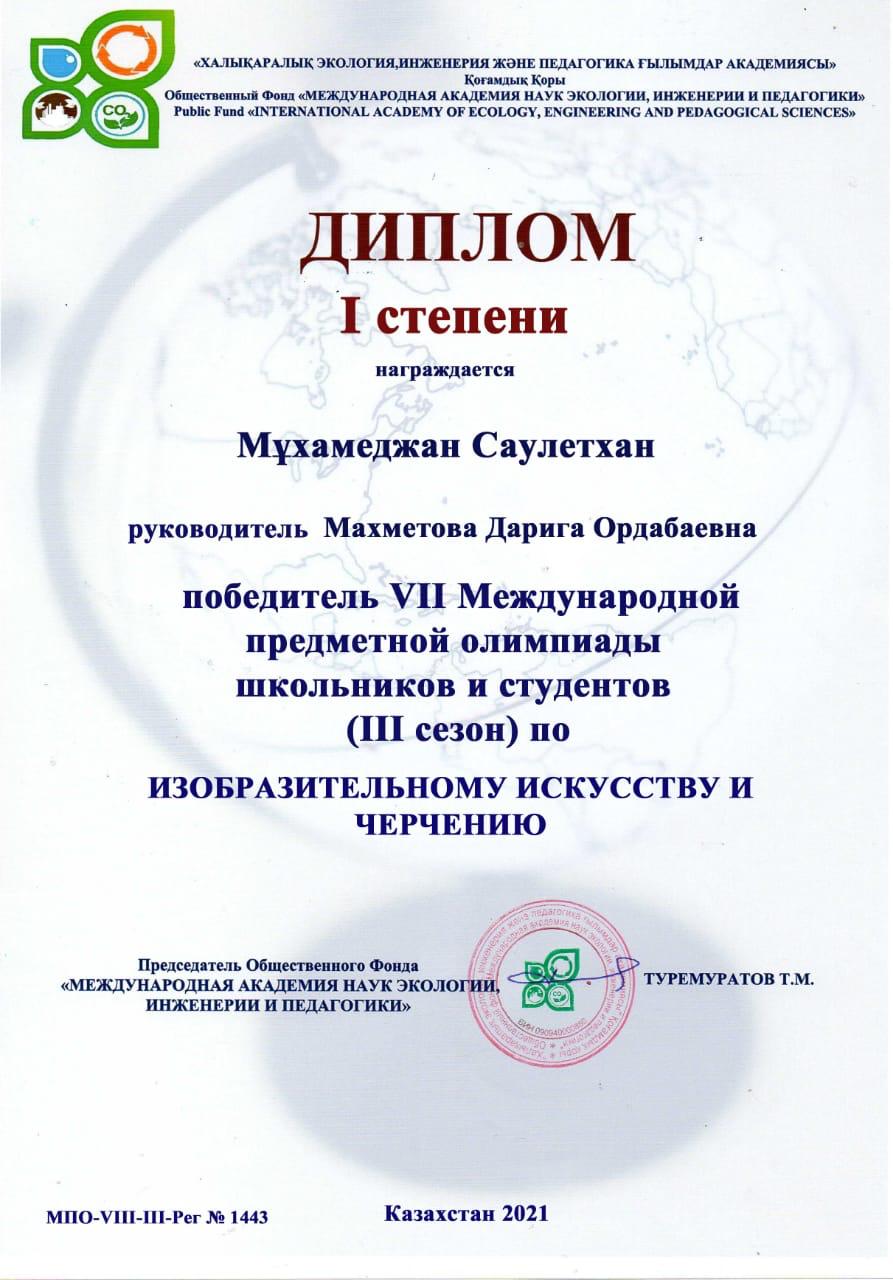 Congratulations to the 2nd year students of the specialty "Tourism" of the "Turan-Astana" University Tleubek Sanu and Duysebek Gulaina!For being awarded a 1st degree diploma at the International Students' Meeting "MODERN YOUTH: CREATING INNOVATIONS - STRIVING FOR THE FUTURE".Scientific supervisor: Ph.D., Associate Professor of the Department of Design, Service and Tourism Ayapbekova Aliya Yeskermesovna. 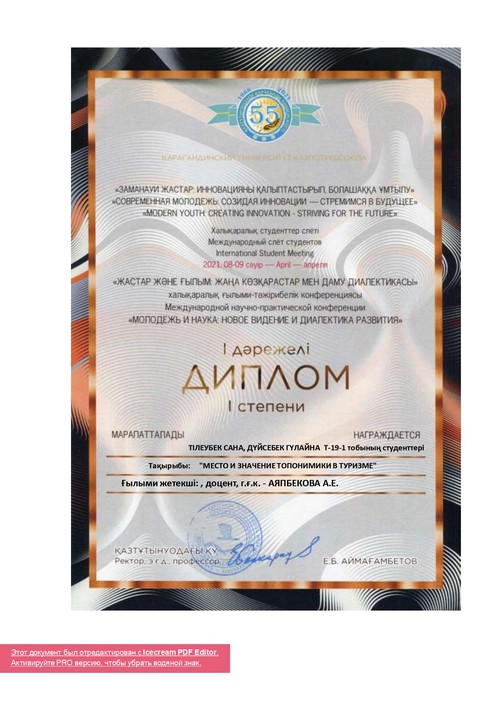