Please, leave your request and our consultant will contact you shortly to answer all your questions.

Aims and objectives of educational work

Institutes and universities are designed to educate, cultivate a culture in each student and teach him the rules and norms of behavior. Educational work among students is part of the educational process, the process of training highly educated specialists according to the educational standard of the Republic of Kazakhstan and is aimed at forming a diversely developed personality capable of taking an active part in the cultural, economic, social and social life of the country. Educational activities at the department are carried out according to the plan of activities of the faculty and the university.

Of particular importance in modern conditions is the formation of students' legal consciousness, the readiness to resist unlawful manifestations in the youth environment; raising the social status, civil-patriotic, legal and multicultural education of young people.

Participation of students and teachers in cultural events:

On the eve of the celebration of World Mental Health Day, December was held from 1 to 10 October, organized by the curator Karimbaeva B.Sh. In the group P-17-2, an art therapy session, dance movement therapy, and a meditatively individually directed yoga technique were held. The students of the P-16-2 group held a poster contest among students, the students of the P-15-2 group held an action “Start the day with a smile!”. The events held charged students with positiveUnder the supervision of the P-16-1 group curator N.M. Irgebaeva an open curatorial hour was held on the topic “Yel syuygen yelbasy” from 30 .11.2018.

Under the guidance of curator N. Vlasova. curatorial hours were held on the topic: "Confident style of behavior" aimed at familiarity and cohesion of the group. Also carried out psychological diagnostics to improve the adaptation of first-year students to new learning conditions and familiarity with the requirements in behavior in higher education.

The students of the group participated in the Competition of talented youth among students of the department "Pedagogy and Psychology" which was held on 11.09.2018. who conducted Murzataeva A.EB

Actively participated in the holding of the "Day of the doubler" as assistants to the curators.

In the group P-18-1, on 12.11.2018, a conversation was held on the topic “Let's talk about the culture of behavior”, where the curator introduced the students to the rules of behavior in public places in the university premises.

Curator SapievaSh.S. A conversation was held on the theme “On the Beauty of Genuine and Imaginary” in the G-groups P-16-1.

In the assembly hall there was a festive concert with the participation of students of the specialty "Psychology" dedicated to the celebration of Teacher's Day.

11/29/2018 The faculty and students of the department took part in a single hour on the theme “International Day Against Corruption” among students.

11.28.2018 students of the specialty listened to the lecture of the main secretary of the Bulgarian Industrial Association M. Popova on the topic “Anti-corruption policy of civil society”.

In the assembly hall, the students attended the festive concert dedicated to the Independence Day of the Republic of Kazakhstan.

In October, students took an active part in training on modern methods of NLP.

In September 17.09.2018 curatorial hours devoted to the history of the University "Turan-Astana" were held in the first-year groups and clarified the internal regulations.

The curator of the group Makanova conducted the training “Stress. How to manage your emotions? ”In group P-17-2.

Curator SatievaSh.S. A number of activities aimed at educating students of professional attitudes to the activities of the psychologist were carried out. In September, the Day of Science and Knowledge was held. Keisovaya technology “Ushtіldіbilu - ruhanizahagyrudynalgysharttarynynbіrі” sayyskkatysu.

In November, an open curatorial hour was held for students to familiarize themselves with modular technologies “Elin SusgenElbasy Round Table.

In December, in the group P-16-1, the curator Kabiev E.S. The curatorial hour “Tauelsizdyktіregіm” was held. A debate was held on the subject of “deputilization of ideas”.

Together with students and undergraduates of the specialty "Pedagogy and Psychology", from 26-30.11.2018, curatorial hours were held devoted to the Day of the First President of the Republic of Kazakhstan and to educate patriotism among future specialists on the topics: History of the formation of the state "," President and history state. "

In the assembly hall of the University 13.12.18. with the participation of students of the specialty "Psychology" a festive concert was held dedicated to the Independence Day of the Republic of Kazakhstan. They participated in a theatrical production devoted to the history of the formation of the independence of Kazakhstan.

Our students are volunteers of the project “Organization of the youth movement against extremism in order to reduce the risk of attracting young people to extremist and destructive religious movements”. As part of this project, students participated in the “Q-one” and “Team building” competitions.

14.12.2018, the curators of the department held an open curatorial hour on the topic: "Tauelsizdyk Tugyrym".

All the activities carried out are factors contributing to the development of students' skills and ability to work in a team, be a diversely developed person, and take an active part in the life of society and the country.

On March 4, 2020 the Department of Pedagogy and psychology organized a pedagogical living room for students.

The topic of the meeting was the works of Professor Z. D. baubekov, doctor of pedagogical Sciences, Department of Pedagogy and psychology.

Vice-rector Nurpiisov S. E., Dean of the faculty Ph. D. Pyagay A. A., faculty members of the Department took part in the pedagogical living room. Тhe guest of the pedagogical living room was a Professor of the faculty of journalism and sociology of the ENU.L. Gumileva, Ph. D., Isanova Asima Kalimovna.
Students emotionally shared their impressions about the works of Zamira Juraevna. Conducted a psychological analysis of the characters. The students noted significant spiritual and educational moments in the fate of artistic characters.

The interest of the audience was aroused by the character Nikitich, his life and fate did not leave indifference in the minds of those present.

Base meeting living room chosen during the meeting the students were able to see an exhibition of works by Z. D. Baubekova organized in the reading hall of the University. 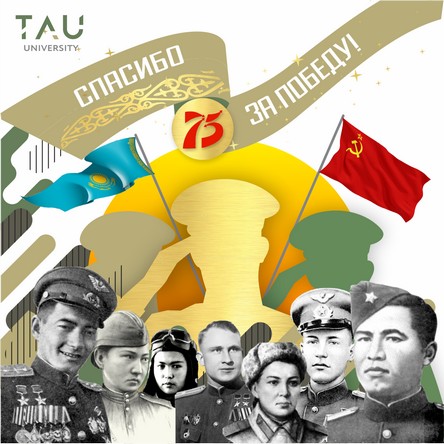 Teachers and curators of the Department of Pedagogy and psychology held curatorial events dedicated to the 75th anniversary of the great Victory!

On curatorial hour was affected by important historical events of the World War II.

Kurman Aruza and Valeria Steblovskaya shared the story of their relatives who took part in the great Patriotic war.

Kusieva Aisha, Makhambetova Enlik, Rahat Arailym, Yesymkhanzhanar, Shernazar Nesibeli told about the main Soviet military awards that were awarded to the heroes of the great Patriotic war, reminded of the children - heroes of the great Patriotic war, who did not spare their own lives and fought the enemy with the same courage and bravery as adults.

In conclusion, students honored the memory of the participants of the great Patriotic war with a minute of silence.

The event helped to attract the attention of students to the most important events in the history of Kazakhstan, the development and education of Patriotic feelings on the bright examples of heroism, bravery and courage of the people. 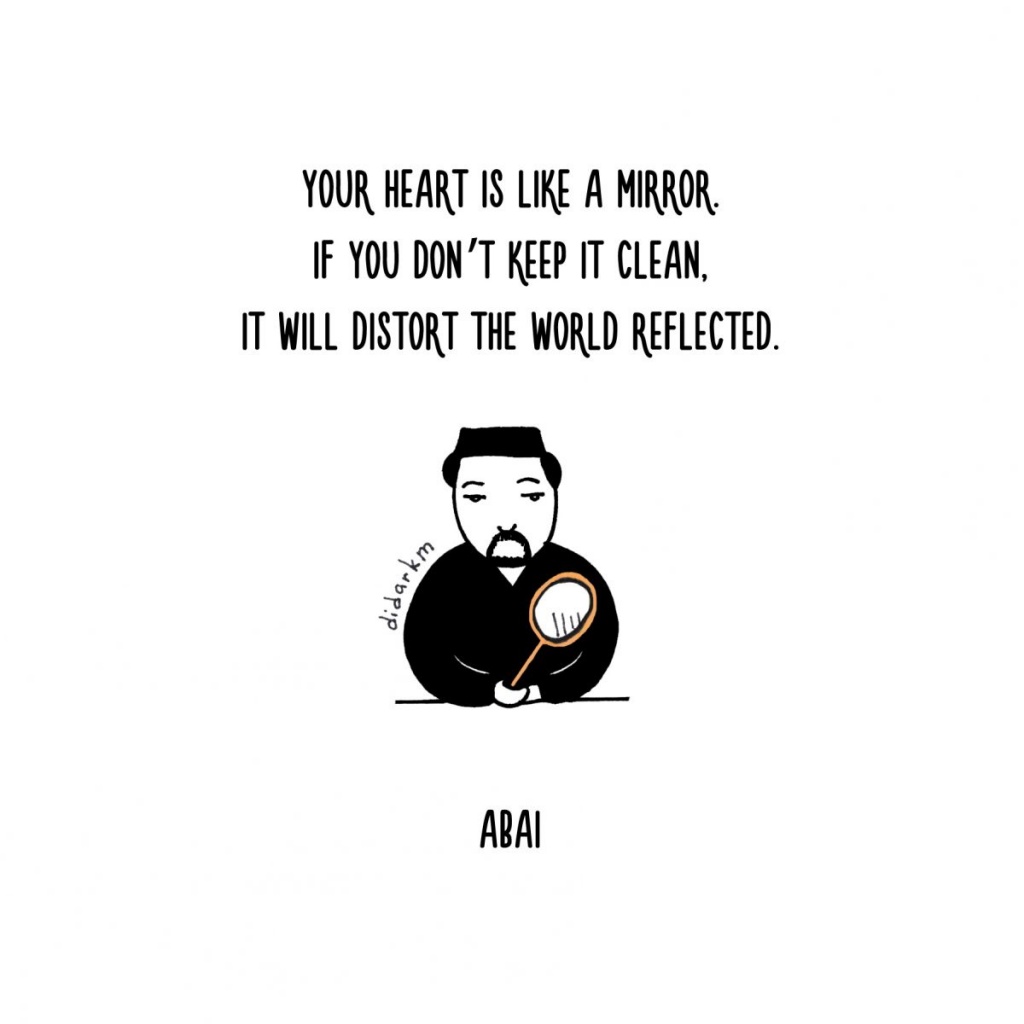 Senior teacher of the Department of "Pedagogy and psychology" Kurmangalieva Zhanargul Kurmanbaevna held a web-seminar on the topic "Psychological analysis" of the Words of edification by Abay Kunanbayev dedicated to the 175th anniversary of Abay.

Great Abay Kunanbayev was kazakh educator, poet, philosopher of the late 19 and early 20th centuries. Abay's works trace the issues of psychology of the Kazakh people, and his views on psychology are reflected in the "Words of edification".

At the seminar, the students of group P-18-2 carried out a psychological analysis of the "Words of edification" and compared them with modern psychological theories, in particular, with the theory of activity of A. N. Leontiev, humanistic theory of E. Fromm, A. Maslow, with a periodization of child development by Vygotsky and the theory of gradual formation of mental actions by P. Y. Galperin.

At the end of the seminar, it was concluded that there are few differences in content between Abay Kunanbayev's psychological views and modern theories, but Abay used literary language in his works.