Meeting with veterans of Afghan and local wars
News

Meeting with veterans of Afghan and local wars

On the eve of the 40th anniversary of the entry of Soviet troops into Afghanistan, a meeting with veterans of the war in Afghanistan and local wars was organized at TAU University. The meeting participants spoke about the war that went through their lives, about the bitterness of the loss of friends and answered students' questions. 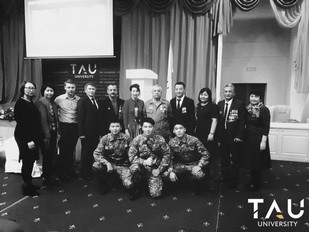 The heroes of the meeting were Khodzhiev Yuri Borisovich, Osokin Yuri Vladimirovich and Abutalipov Bakytbek Kokinovich. Students learned about the heroism and courage of the soldiers who performed their military duty. The screen shots of military chronicles were shown, songs born on Afghan land have sounded from the stage. The meeting participants honored with a minute of silence the memory of those killed in Afghanistan, in all local wars and conflicts. 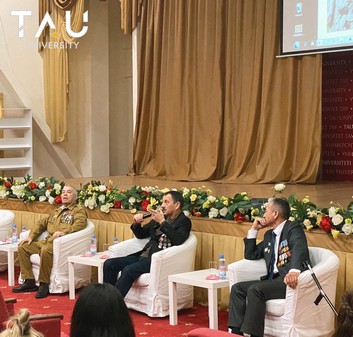 Battles and history is eternal. The Afghan war and other local wars have left in history. But in people's memory it still has a long life to live, this story is written with the blood of soldiers and the tears of mothers. It will be kept in the memory of orphans who left without fatjers and in the souls of those who participated in it.

We wish all veterans fortitude, courage and optimism.